The Atomic Cities team was pleased to exhibit work at the 5th International Architecture Biennale Rotterdam, as part of the University of Kentucky River Cities Project. Members of our team attended the Biennale opening, entitled Making City, at the Netherlands Architecture Institute earlier this month. On display is a version of the Paducah Gaseous Diffusion Plant interactive model, which is designed for Department of Energy scientists, contractors and local citizens to discuss issues and chart progress on the PGDP site. A 150 year scenario plan and prototype contaminant tracking dashboard are displayed alongside the model. Making City is at the NAi Rotterdam through December 2012. 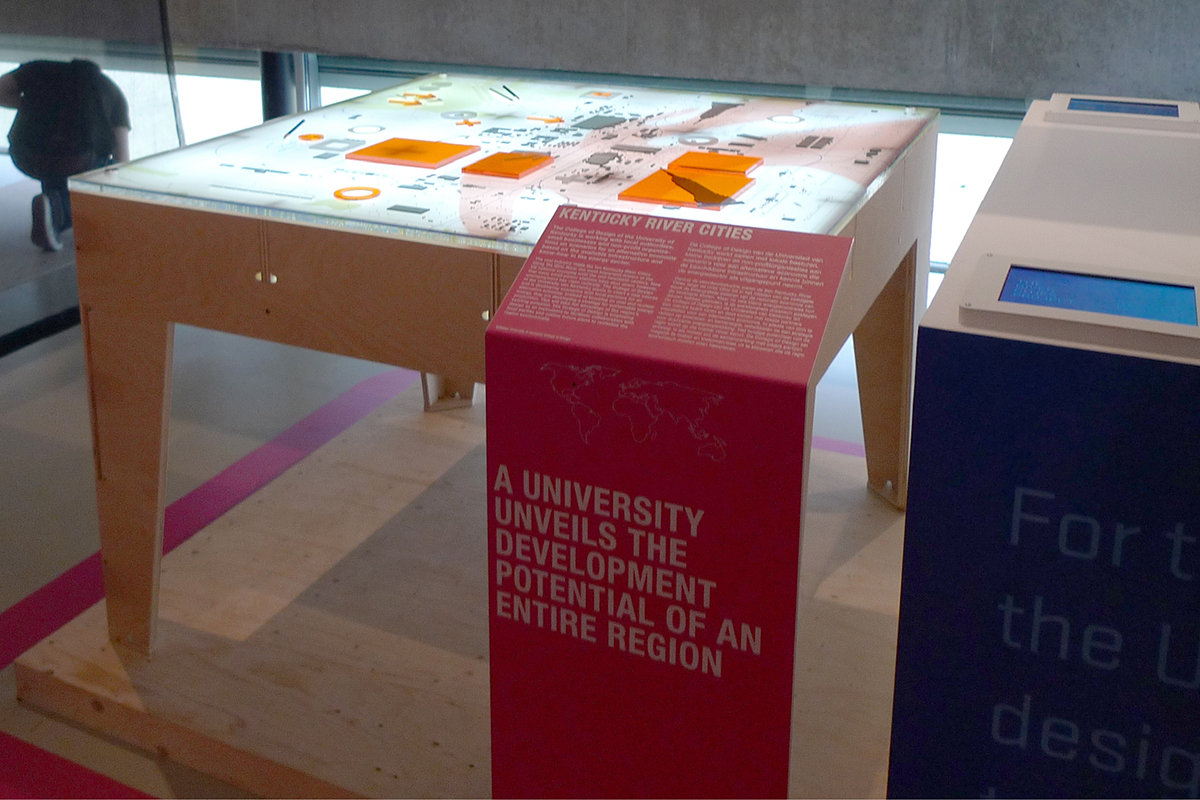 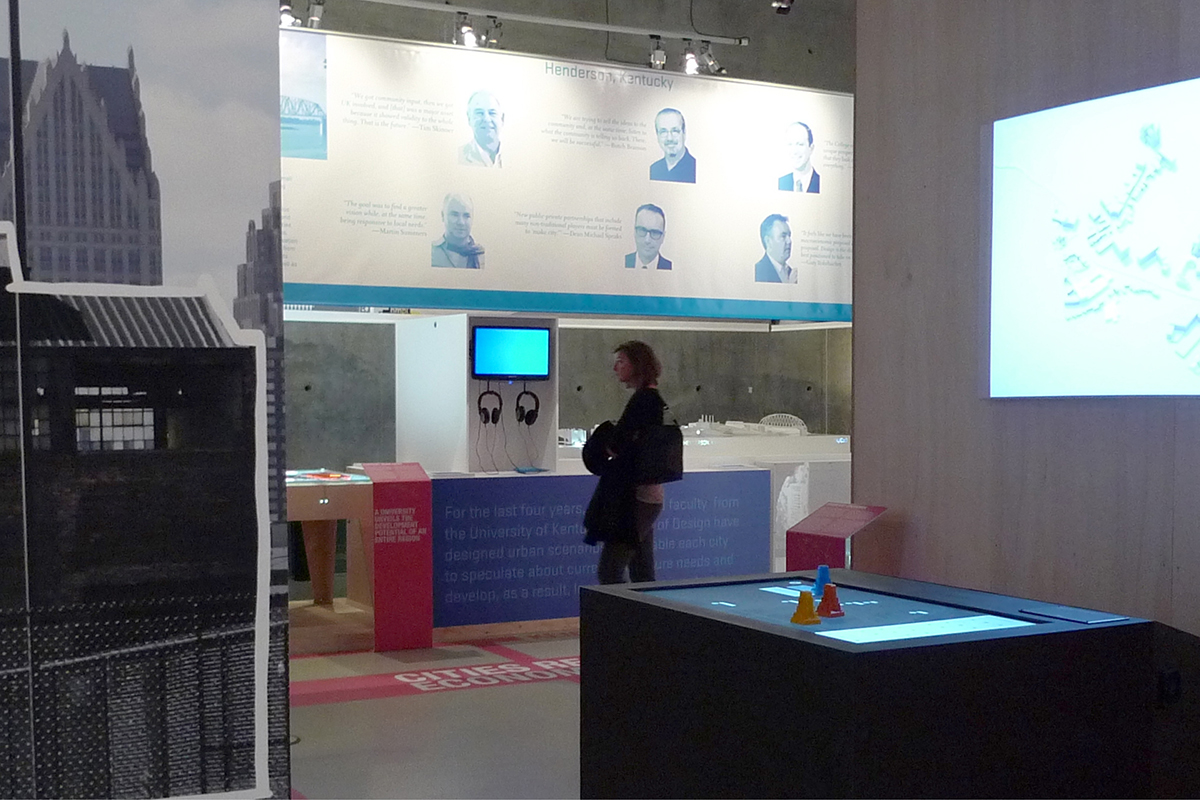 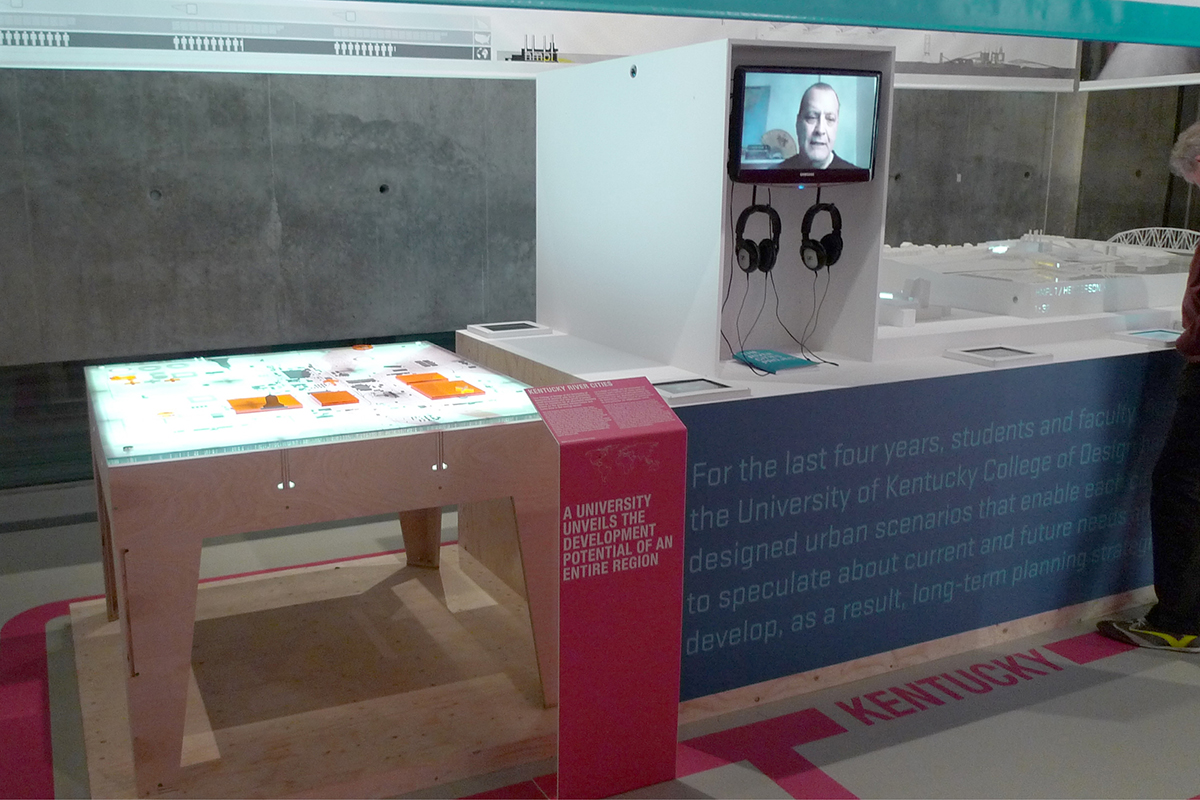