Carolyn and Joe have been busy prototyping AtFAB pieces for an upcoming exhibition this Spring at the Herron Gallery in Indianapolis. While we have twenty or so AtFAB pieces, we have not yet proposed a couch. To test the system’s premise for making each piece open for adaptation, we are planning to evolve the Silver Lining Bed and Ninety Minute Chair towards fulfilling couch functions. These images show our first steps at building two pieces for analysis and further design evolution.

Keeping with the exhibition theme “collecting around couches,” we are exercising AtFAB’s networked disposition by proposing three kinds of collecting at the immediate, local and global scales. Immediate collecting occurs on the pieces themselves, local collecting conspires around you and your local fabber after download, and finally, global collecting is formed among a worldwide group of individuals who have downloaded and made their own couches. 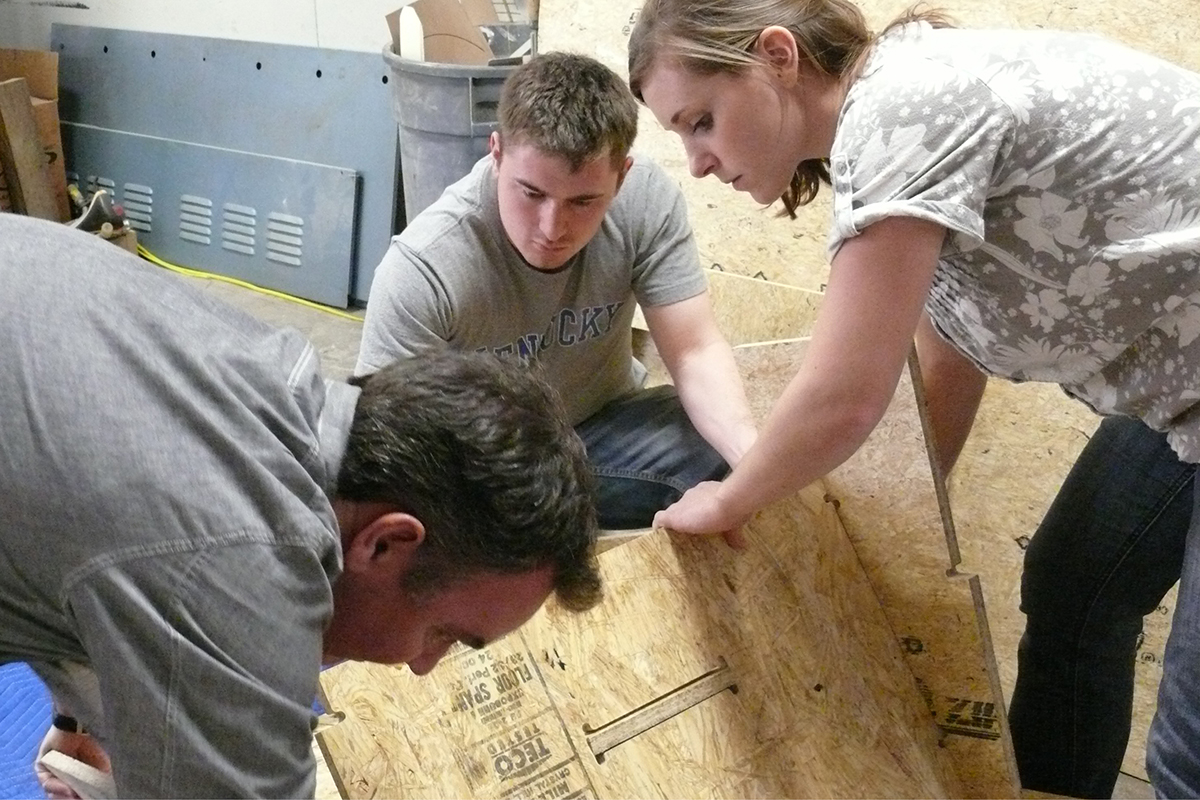 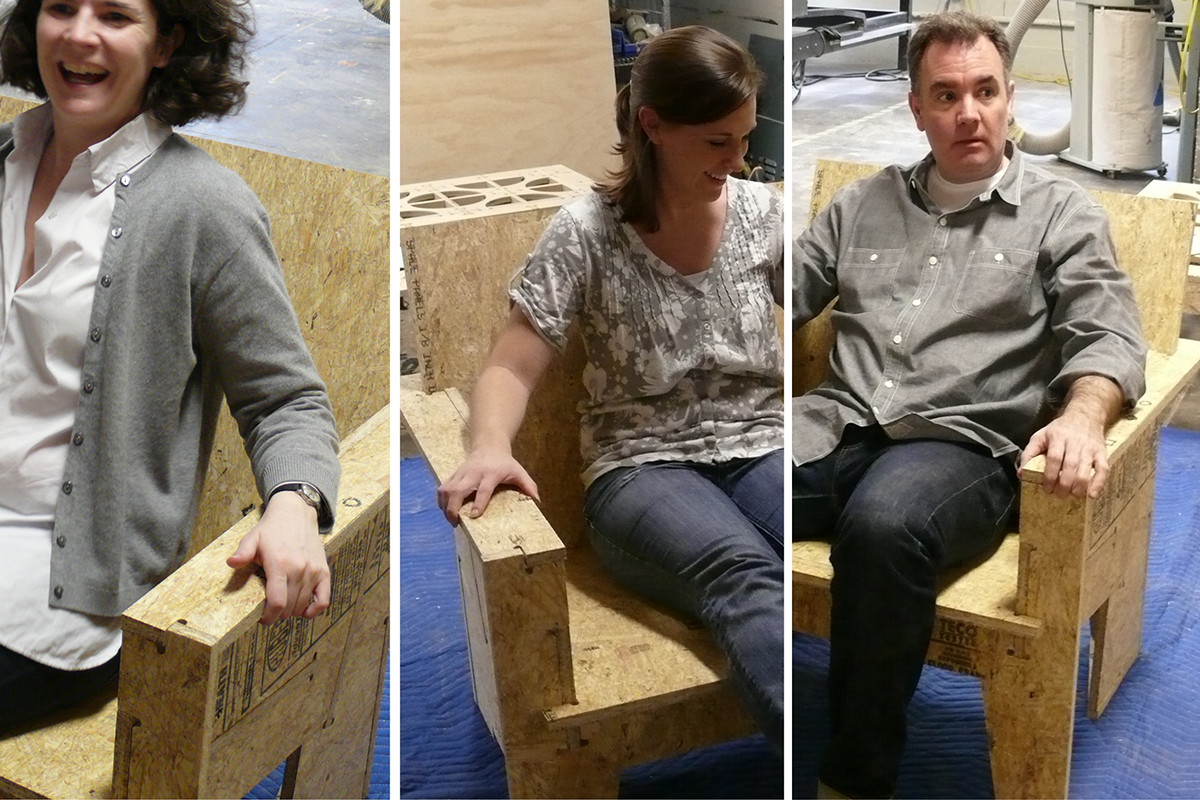